The law provides environmental protection for 25 years of the entire main channel of the Sarapiquí River and its banks, which flows 84 km from its source to the mouth of the San Juan River. After the first 25 years are up, the law can be extended for additional equal periods.

The Vice President of Costa Rica and acting President, Epsy Campbell Barr, signed Law No. 10152 in a ceremony held at the Sarapiqui Municipal Sessions Hall in the company of Costa Rican legislators, municipal authorities, and the Commission for Safeguarding the Sarapiquí River.

The citizens’ action Commission has led the fight to protect the Sarapiqui river basin with more than 20 years of sustained efforts to provide management tools to protect its environmental, economic, cultural, and historical heritage.  This historic collective comprises 13 social, environmental, and community organizations of the Sarapiquí region, including the Alianza Nacional Ríos y Cuencas de Costa Rica (ANRCCR – Costa Rica National Alliance of Rivers and Watersheds) and academic and governmental institutions.

With the ANRCCR’s support, the Commission for Safeguarding the Sarapiquí River presented the proposed law before the Costa Rica Legislative Assembly on May 27, 2021. The initiative was unanimously approved on February 22 in a second debate by the entire Legislative Assembly, with 40 votes in favor and none against.

Under the new law, new hydroelectric projects may not be developed, nor further concessions given for extracting mining materials (sand and rock). The law also establishes the Commission for the Sustainable Development of the Sarapiquí River Basin (CODESOSA) to coordinate the necessary public actions for comprehensive, inclusive, and sustainable management of the natural, economic, and cultural resources of the Sarapiquí river basin.

The Sarapiquí River: a natural jewel of Costa Rica 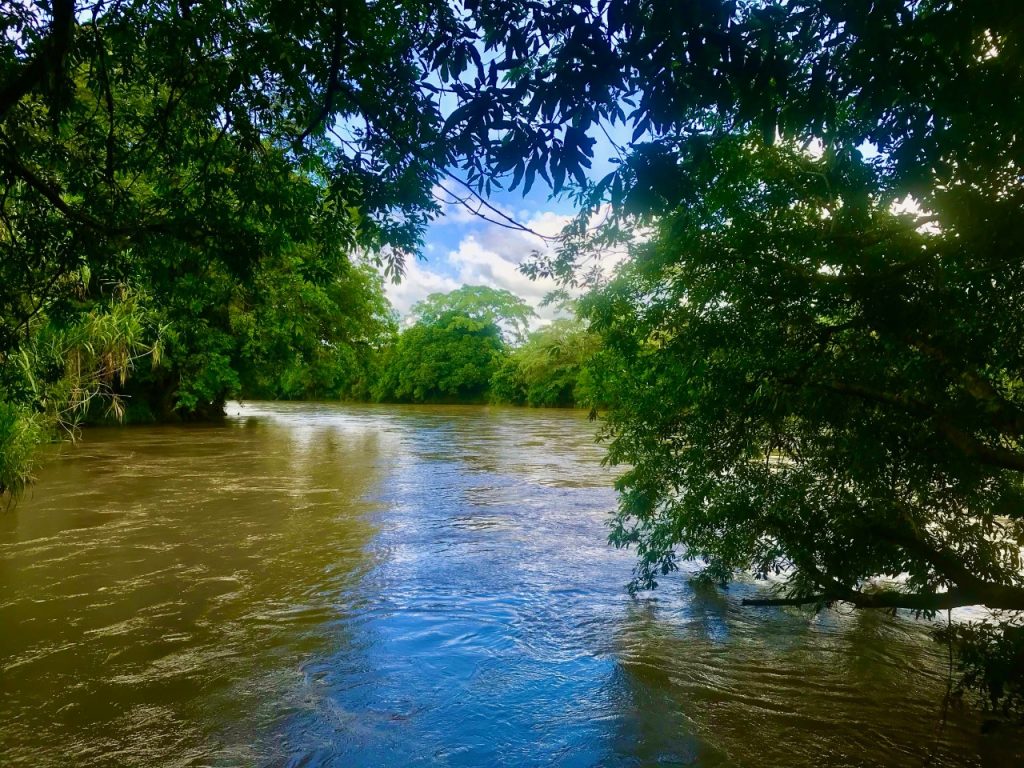 Located in Costa Rica’s northern Caribbean region, the Sarapiquí River and its tributaries constitute the 12th largest watershed in the country. It has significant economic, environmental, social, historical, and cultural value, with 4,000 species of plants, more than 50% of Costa Rica’s bird species, about 125 mammal species, and around 30% of the country’s freshwater fish species, many of them in danger of extinction. According to the National Museum of Costa Rica, it was the ancestral home of native peoples such as the Botos that coexisted with more than 171 pre-Columbian settlements.

Its tributaries include the San Rafael, Santo Domingo, San Fernando, Volcán, Pozo Azul, Tirimbina, Bijagua, Peje, Puerto Viejo, and Sucio rivers, along with the San José and Ceiba streams, among others.

Given the large size of the watershed, the Commission for Safeguarding the Sarapiquí River requested that the construction of hydroelectric projects and execution of mining projects be prohibited until the river basin can recover from the severe environmental damage it currently suffers.

A 30-kilometer section of the Sarapiquí riverbed in the middle-upper basin has been dredged for sand and rock for years, and four additional mining company concessions have been awaiting approval. There are two hydroelectric projects currently operating on the river. The river basin also has been environmentally damaged by untreated wastewater discharge from swine and poultry production facilities, agrochemical run-off from pineapple plantations, deforestation, illegal fishing and hunting, and untreated soapy and sewage water from houses and businesses.

The fight to protect the Sarapiqui watershed began in 2000 with a countywide plebiscite led by the Commission for Safeguarding the Sarapiquí River. Many noble organizations, professionals, and cooperating institutions united to achieve the resulting law, including the Municipalities of Sarapiquí and Alajuela, the Sarapiquí Chamber of Tourism (CATUSA), the Costa Rica National Alliance of Rivers and Watersheds, the National University’s Interdisciplinary Program of Research and Water Management (PRIGA- UNA), SINAC, INDER, UNED, FUNDECOR, the San Juan – La Selva Biological Corridor, the Ministry of Culture, the Costa Rican Tourism Board, La Selva Biological Station, the Department of Citizen Participation of the Legislative Assembly, and the Association for the Protection of the Sarapiquí River Basin (APROCSARA), among others.