The Rivers and Forests Alliance has partnered with the Costa Rica National Alliance of Rivers and Watersheds (ANRCCR in Spanish) to work on important conservation initiatives for the Pacuare River, its tributaries, forest habitat, and biodiversity.

The ANRCCR is a citizen group that serves as a meeting space to concentrate efforts to benefit the management and safeguarding of water resources in Costa Rica. It plays a fundamental role in initiatives to protect Costa Rica’s rivers.

“We have joined efforts to protect the Pacuare River, one of the most emblematic rivers in the country because of its high environmental, socioeconomic, and ecotourism value, for which it is renowned worldwide,” said Roberto de la Ossa, President and General Director of the Costa Rica National Alliance of Rivers and Watersheds.

The ANRCCR has formed with RAFA a Scientific-Technical Commission to investigate and manage projects in the upper and middle basins of the Pacuare River in collaboration with various community and institutional organizations.

This recently created working group aims to develop in a first phase a comprehensive diagnosis of the current state of the upper and middle Pacuare watersheds through community and institutional efforts. Subsequently, as a result of the information collected and systematized, it is proposed to develop a comprehensive conservation management plan for the Pacuare River.

Additionally, the ANRCCR will be presenting its second-ever Rafael Gallo Palomo Award on September 27, World Rivers Day. The ANRCCR established the award in 2018 to honor Rafael Gallo Palomo, RAFA’s founder and prominent conservationist and environmental activist in Costa Rica, to reflect the conservation principles he advocated. The award aims to recognize and stimulate efforts in Costa Rica toward the ecological improvement of rivers and water sources. Given every two years, the award is based on four fundamental principles: public recognition, innovation, scientific knowledge, and educational and cultural impact. 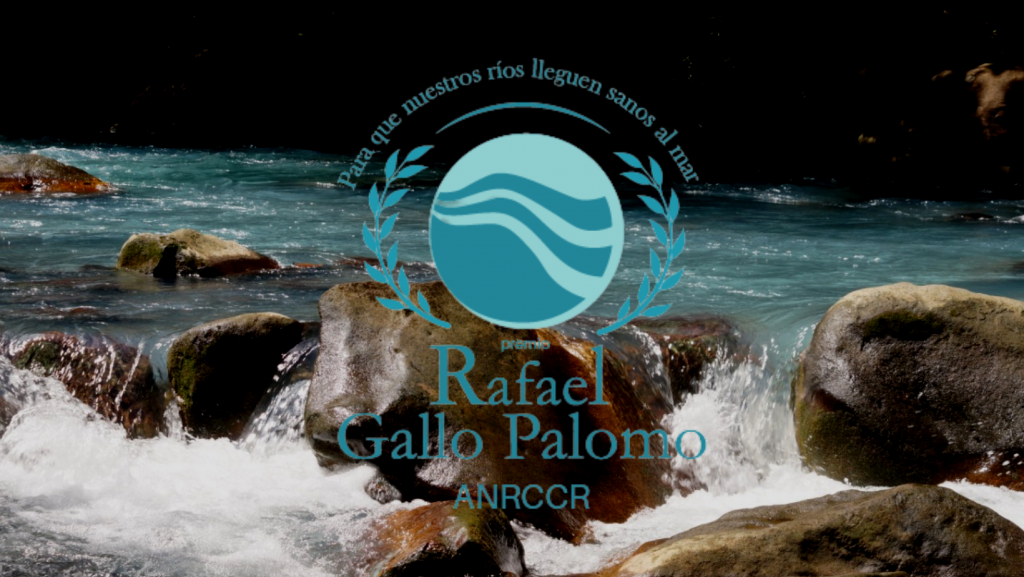 The ANRCCR plays a key role in the following initiatives in Costa Rica.

Located on the Caribbean slope, this waterway with its respective tributaries has an important socio-economic, cultural, ecosystem, and touristic value. The most extensive coastal wetlands of the Costa Rican Caribbean region are at its mouth: the Tortuguero National Park and the Barra del Colorado National Wildlife Refuge. Both are RAMSAR sites of international importance to protect nesting sites of endangered sea turtle species and migratory and resident birds.

The value of these wetlands has made them an ecotourism destination of global importance, thus becoming the primary source of income for communities once dependent on turtle hunting and logging. Given their importance, and the environmental vulnerability factors to which this watershed and its main waterway have been exposed due to agricultural development and tourism activities, the ANRCCR joins the efforts of 18 local organizations to consolidate a sanitation strategy for this water body.

The ANRCCR has participated in initiatives to strengthen the management of different national watersheds, both at the community level and within Costa Rica’s Legislative Assembly.

The Commission has presented before the Costa Rica Legislative Assembly a proposal for a law to promote sustainable development of the Sarapiqui River Basin and protect main channel.

Located in the southern Pacific region of Costa Rica, the Terraba River and its tributaries constitute the most extensive watershed in the country (approximately 10% of the national territory). The Terraba River and the Sierpe River feed the extensive Terraba Sierpe National Wetlands (a RAMSAR site). At its mouth, which is a delta, is the most extensive mangrove forest in Central America. Given its recognized socioeconomic and eco-systemic importance, the ANRCCR is in the process of forming with its respective counterparts a strategy to grant rights to this river in line with new trends in international law. That will contribute to better territorial planning for recovery of degraded environments in this important waterway.